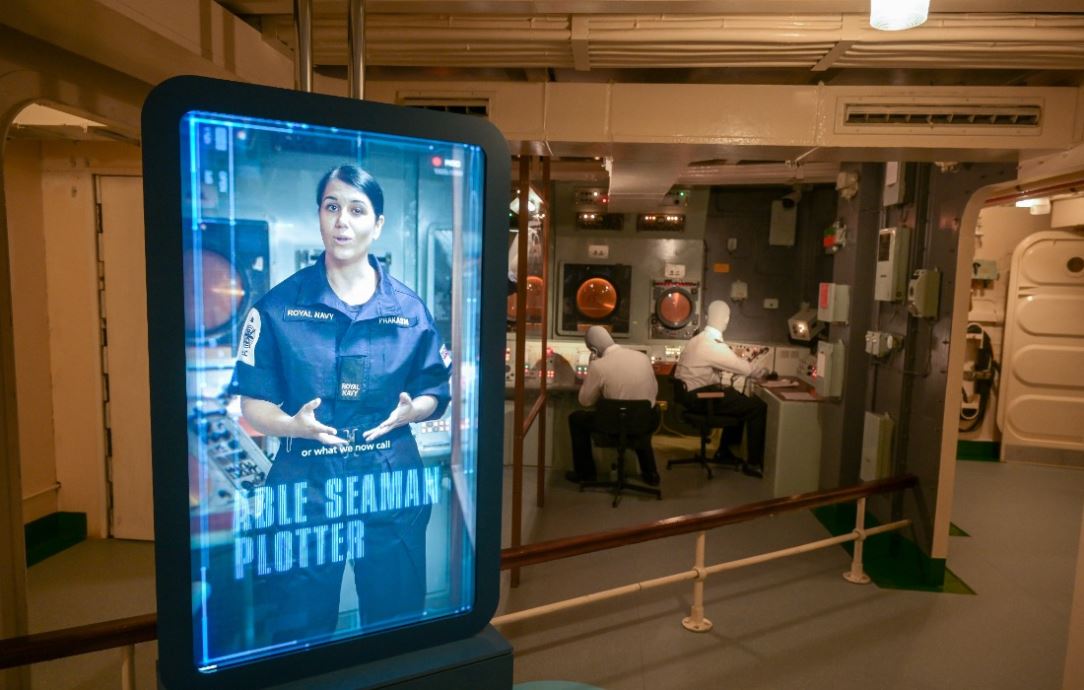 Fleet Air Arm Museum opened a new state-of-the-art, immersive Carrier Experience after a £1m refurbishment. Visitors have the chance to see ‘the best of the best’, journeying from past to present and exploring experiences of the ‘Top Gun’ naval aviation teams over the past 100 years. Highlights include aircraft from the 1940s and 50s like the sole surviving examples of a Westland Wyvern and Supermarine Attacker aircraft, also a Sopwith Pup, the first aircraft type to land on board a moving ship in 1917.

With fans all over the world delighting in the return of Tom Cruise in the recent ‘Top Gun: Maverick’ film, the Fleet Air Arm Museum is captivating its own audiences by bringing the high flying, adrenaline-fueled skill of Fleet Air Arm flyers to life with its thrilling new family-friendly Carrier Experience. Touching down in time for the summer holidays the £1m refurbished experience invites visitors to immerse themselves in the complex combination of skill, technology and teamwork that powers the airfields of the sea.

The Carrier Experience – which is dedicated to the memory of generous benefactor Vice Admiral Sir Donald Gosling KCVO, Vice Admiral of The United Kingdom – will blend the best of digital technology with the scale of a carrier flight deck to transport visitors from the pioneer years of the First World War, all the way to the modern HMS Queen Elizabeth class carriers of today.

With the rare opportunity to up close to some of the world’s most renowned aircraft on the carrier flight deck and get a sense of where it all began with the Sopwith Pup, the first aircraft to land on board a moving ship, through 100 years of other naval aircraft types.

For those wanting a behind the scenes glimpse, there’ll be the chance to see the technology used on the modern Queen Elizabeth class carriers as well as learning all about the highly skilled people behind the aircraft.

What’s more, visitors can fully immerse themselves in the world of the Royal Navy’s operations, venturing into the ‘island’, the command centre of the carrier, virtually meeting a cast of characters to get a taste – and feel - of what those serving onboard experienced.

With AV projections some 100 feet long, visitors will be immersed in the sights and sounds of a carrier at sea with aircraft flying overhead and watching, in cinematic detail, Dunning’s pioneering landing on a moving ship over 100 years ago.

The Carrier Experience concludes with a focus on the Queen Elizabeth Class Carriers and their role of vital importance to the Royal Navy today, including its aircraft. At the centre of the UK’s Carrier Strike Group is its incredible air superiority, the F35 Lightning II. Thanks to support from Lockheed Martin, the museum has been able to develop its finale exhibition to create a crescendo audio-visual experience fitting of a technologically advanced and fifth generation fighter jet.  The experience will feature projection mapping technology, overlaid on an impressive revolving F-35B model, creating a stunning and unique display detailing the role of the F-35B and its capabilities, leaving visitors in awe.

The new flight deck arrangement sees a number of rare and unique aircraft types, including the world’s sole-surviving example of a Westland Wyvern, a unique prototype of the version which served with the Fleet Air Arm from 1952-1958 seeing combat service during the Suez Crisis in 1956. Also featured is the Supermarine Seafire MK 17 – one of only two surviving MK 17 in the world and the Fleet Air Arm’s version of the globally heralded Spitfire.

There’s also the chance to check out the only known surviving Supermarine Attacker aircraft – the first to be used to form a jet aircraft squadron in the Royal Navy in 1951, and a Buccaneer S Mk1 – one of only four surviving S MK1 types and amazingly in its original condition even down to the paintwork, which is the last surviving original examples of this Cold War paint scheme.

With tickets to the Fleet Air Arm Museum lasting a whole year, visitors will be able to return for different events and learn even more about the rich history of the museum and its aircraft throughout the 12 months.

Visitors over the summer will also get chance to take part in a brand-new activity trail around the museum as part of their ticket, learning about life on board an aircraft carrier and how the Fleet Air Arm’s aircraft operate. What’s more, every Friday from Friday 29th July to Friday 2nd September between 10am and 2pm, visitors over the age of 13 can put on a virtual reality headset, stepping onboard a simulated flight of an F-35 jet as part of their entry ticket.