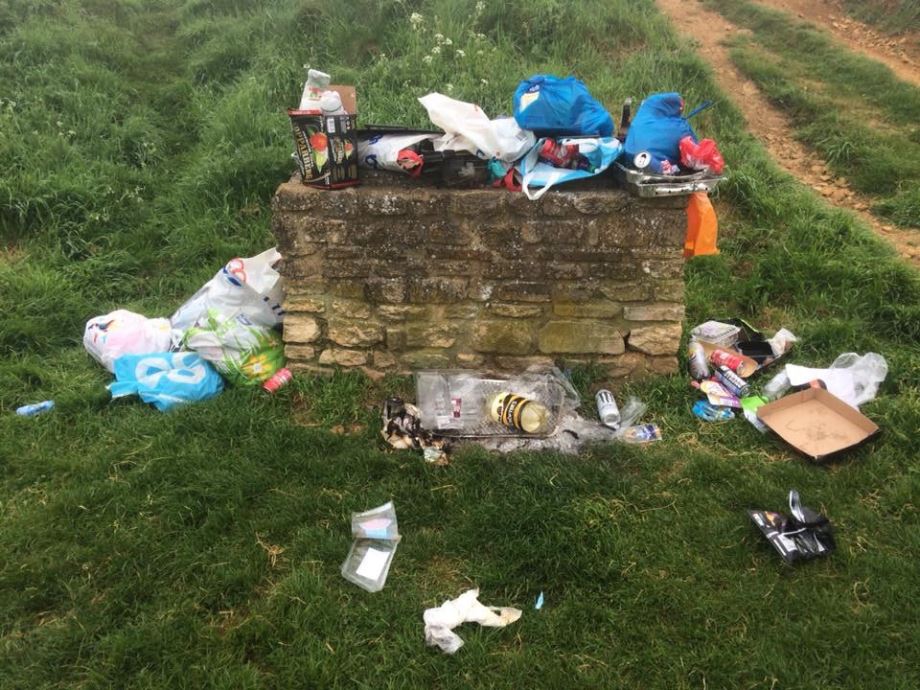 Why litter bins are not always the answer

Ham Hill Country Park is a much-loved beauty spot in South Somerset and as a District Council, we want to preserve and keep it clean and tidy for everyone.

After a spate of anti-social littering at the site in the summers of 2017 and 2018, we were forced to rethink how to address an ever-increasing litter problem at the heritage site.

The Countryside Rangers were spending a huge amount of time managing litter, leaving less time to use their wide range of skills and knowledge to maintain the ecological environment and preserve the heritage of the country park.  So, we made the decision to remove all litter bins from the site and encourage visitors to take their rubbish home and recycle what they can. The decision was met with some apprehension by both locals and visitors, who had concerns that the Country Park might become even more overwhelmed with litter. So was removing all the litter bins the right decision? Two years on, we asked our Countryside Team how the no bin policy is going.

Paul McNeil, Countryside Ranger said: “Yes, it has definitely been a good move. Before the removal of litter bins, they were always full in the honeypot areas around our site and if the bin was full, the rubbish bag went on the floor, next to the bin. If this was late afternoon, then badger and fox would kindly distribute it that night ready for the next day. We tried putting notices on the bins asking people to take their litter home if the bin was full, but to no avail. We also tried putting in recycling bins in the well-used areas but these were just used as litter bins too.

“In 2017 and 2018, we carried out a survey and weighed rubbish collections from both general and dog waste bins; we collected a whopping eight tonnes and 16.25 tonnes a year respectively. All this waste went to landfill and wasn’t separated, which was a shame from an environmental standpoint. We did some research, and contacted other parks we knew had removed their bins.

“We decided to go ahead and remove our litter bins but did not announce it; we just came in early one morning (June 13th 2019) and took them all away. On the same day, we did a Facebook campaign asking people to take their litter home and explained that we could not recycle it, but they could. We told them how much litter was generated at the park annually, how we wanted to reduce it and send less to landfill, and we needed their help to achieve it.

“Overall, we have reduced the amount of litter at Ham Hill by over 81% compared to 2018, and we’ve given people the opportunity to contribute to the wellbeing of this much loved site and its wildlife. It’s a win-win situation, as we now save about six man hours a week not spent clearing out bins, which is nearly six weeks of someone’s time annually, extra valuable time where the team can manage the site for our visitors and wildlife. This year, we only expect to see around 1.5 tonnes of litter at the site.”

Councillor Sarah Dyke, South Somerset District Council’s portfolio holder for Environment, added: “The removal of bins at Ham Hill has proved the right decision. Essentially, visitors to Ham Hill have to take items that generate waste there, so there is no excuse not to take the waste away again, and recycle what they can at home. We believe the vast majority of visitors respect our no bins policy and do everything in their power to preserve this wonderful environment, by leaving no trace and respecting the wonderful visitor destination that Ham Hill is.”

Thank you for taking your litter home from Ham Hill, or doing your bit by litter picking from our new Countryside Charity sponsored 2minute litter pick station that encourages visitors to help look after the site you love.

Chard Reservoir only has waste bins at the anglers car park for overnight anglers to dispose of their waste. There are no plans to remove the bins at Yeovil Country Park as the site is too near the town centre for bin removal to be effective.