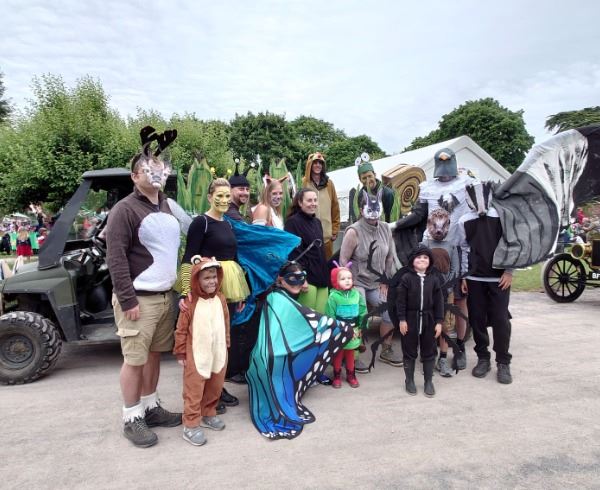 The Countryside Rangers from SSDC  were joined by their family and friends to take part in this year’s Montacute Carnival.

The theme for the float was ‘Wildlife of Ham Hill’ and costumes included a snail, badger, rabbit, dormouse, beetle, bee, fox, hedgehog, glow worm, deer, butterfly and the biggest pigeon you have ever seen!

The float was designed by ranger Sophie Middleditch, and depicted the wildflower meadows at Ham Hill. The team were delighted to win first prize for their efforts and are already planning the theme for next year!