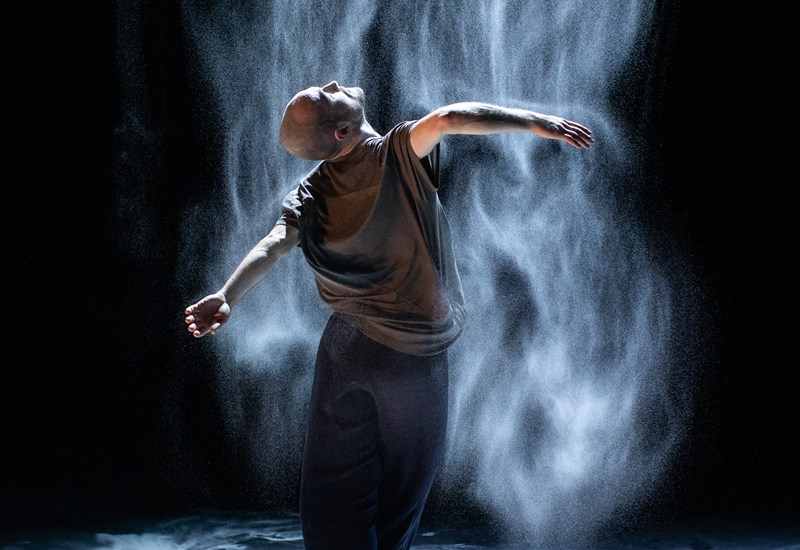 Inspired by masters of the twentieth-century, Olivier Award winning choreographer Russell Maliphant brings to audiences the third in a series of productions, this time influenced by the works of Jackson Pollock, and abstract expressionism. With elements of nature pouring to the floor, and a large steel structure, Maliphant paints his own interpretation with movement, light, and shadow to create a visually rich journey, with the exceptional dancers of RMDC.

Russell Maliphant Dance Company was established in 1996 as the framework for Maliphant to create productions with artists and collaborators and to work with his own chosen ensemble of dancers. Since that time, the company has received two Olivier awards, three South Bank Show awards and four Critics’ Circle National Dance awards for best modern choreography, amongst many other national and international awards and nominations.

A £1 ticket levy is included in all stated ticket prices.