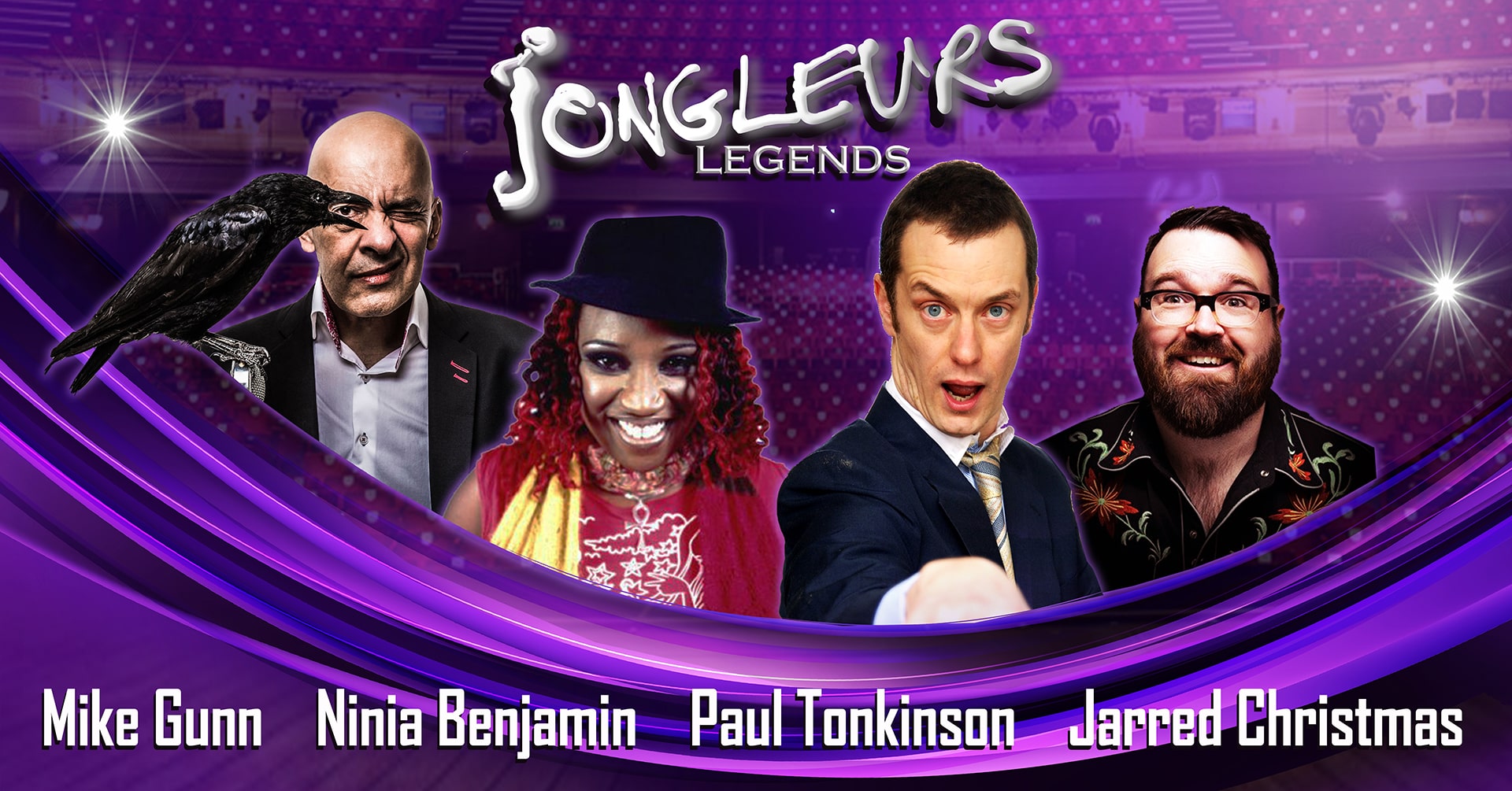 Buckle up for a comedy rollercoaster ride that will leave you breathless from rolling in the aisles as these four comedy legends set out on a mission to put the laughter back into the lives of the whole country.

New Zealand Sensation Jarred Christmas is one of the most innovative and exciting stand-ups on the UK circuit. A sought-after headliner famed for his quick-witted spontaneity, masterful skills of improvisation and energetic storytelling. A dynamic onstage persona combined with the ability to improvise with anything that’s thrown his way makes Jarred’s comedy sizzle with originality.

A sensational live performer, Yorkshire man, marathon runner and former (double award-winning) Time Out Comedian of the Year, Paul Tonkinson has long upheld his esteemed reputation as one of the finest stand-ups the UK has to offer. With a unique and distinctive style, Tonkinson is noted for his effervescent physicality and skilful impressions, which bring alive exuberant, tender comic reflections on love, family and the day-to-day idiosyncrasies of 21st century living.

Ninia Benjamin is a tour-de-force of comedy… she's outrageously rude but above all sidesplittingly funny. Ninia was catapulted to stardom as one third of BBC2′s 3 Non-Blondes and has appeared in various shows including Celebrity Masterchef (a terrible chef but very funny) but it's on the live stage where her comedy talents really shine. According to Ninia…. “If I fink its funny, you'll find it funny".

Mike Gunn's history is as interesting and entertaining as his comedy. A misspent youth and a series of grim jobs cultivated his cynical outlook on life and a perverse desire led him to the world of stand-up. A self-confessed pessimist, he describes himself as "not a natural choice for a career in laughter". His lugubrious comedy has been described as 'drier than a dead man's bones'. His reputation for being a bit unfriendly, a touch dark and even morose is not true. In real life he's loving, warm and philanthropic. Just a bit misunderstood.

JARRED CHRISTMAS, PAUL TONKINSON, NINIA BENJAMIN and MIKE GUNN will be relentless in their delivery to ensure that you have a great night. Individually, they are a major comedy force and collectively they will blow you away!